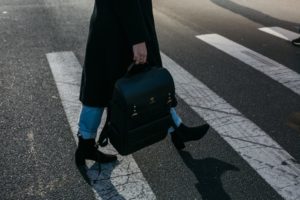 We all know of the many dangers we can encounter on the roadways; however, we often forget that disaster can happen close to home. Walking down our neighborhood sidewalks can be a relaxing activity, and it contributes to our physical health as well. Even on a quiet street, accidents can happen. It’s important that we are always aware of our surroundings, as we can’t ensure that others will do the same.

Marcia Rivers, 65, was a retired school teacher who lived on Davis Islands. Rivers was an active member of her community who gave back by teaching at the same high school she graduated from, King High School in Tampa.

On Tuesday morning, Marcia Rivers was hit and killed by a City of Tampa garbage truck. The accident occurred only a few hundred feet from her apartment on Davis Islands. Police received a call at 9:14 a.m. on Tuesday about an accident that took place on Davis Boulevard near Aegan Drive, which is near the Seaborn Day School. Marcia was pronounced dead at the scene by first responders.

Upon initial investigation by the police, it was shown that Rivers was hit by the garbage truck when it was backing out of a driveway between buildings. The City of Tampa waste disposal trucks are equipped with a backup alarm to warn pedestrians, but the police are investigating whether the alarm was operating at the time.

While no charges have been filed at this time, detectives are working on uncovering the factors that led to this horrendous accident.

Pedestrian deaths in the U.S.

Even with all of the safety measures we have in place today, pedestrian accidents and deaths continue to rise. The year 2015 held the most pedestrian deaths since 1996.

Is it more dangerous to walk than to drive?

Pedestrians account for almost 18% of traffic fatalities in the United States, yet they are only 10.9% of all trips taken. There aren’t any reliable sources for miles walked or time spent walking, so it can be difficult for experts in transportation to say just how dangerous walking can be.

If you or a loved one has been injured in a pedestrian accident due to someone else’s negligence, call Brooks Law Group today at 1-800-LAW-3030 for a free consultation. The attorneys at Brooks Law Group are dedicated to giving you the best experience possible, and there is no charge unless they win your case!