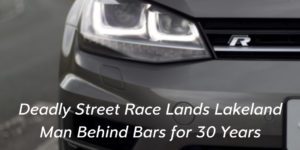 For some people, the thought that actions have consequences is foreign . It’s bad enough when we make decisions that endanger our own lives. However, it’s far worse when our actions affect the lives of others. Two years ago, a man from Lakeland made a decision that cost three lives and that decision finally caught up with him.

Two weeks ago, Michael Marrero, 28, was sentenced to 30 years in prison. His crime? On July 9, 2016, Marrero, a Lakeland native, killed three people after crashing into their car while going the wrong way on US 98.

According to witnesses to the crash, Marrero was involved in a street race that went wrong. This is what happened:

Two of the occupants died on the scene, while a third passed away hours later at Lakeland Regional Health Medical Center. The raw force behind the crash caused their vehicle to flip over and travel 30 feet off the road. Marrero was admitted to Lakeland Regional in stable condition. He told detectives he had no memory of the crash or the events leading up to it. 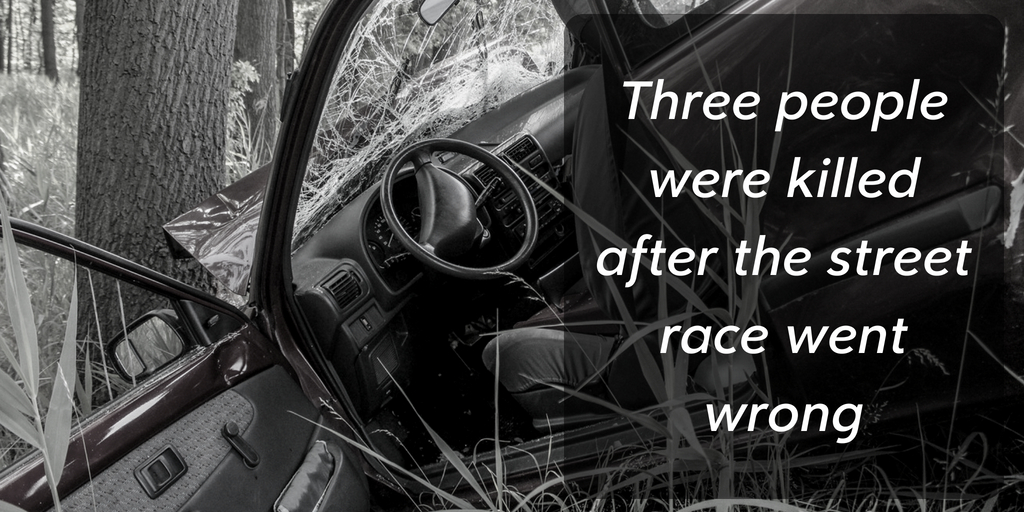 Michael Marrero pleaded guilty on the eve of his trial and was given 30 years behind bars. Had the case gone to trial, he was facing up to 45 years in prison.

While no sentencing can bring back the lives lost due to such negligence and disregard for others, Marrero will have plenty of time to consider his actions away from the public.

It’s clear that endangering the lives of others isn’t a deterrent for street racers. There are laws in place to crack down on this reckless disregard for others though. 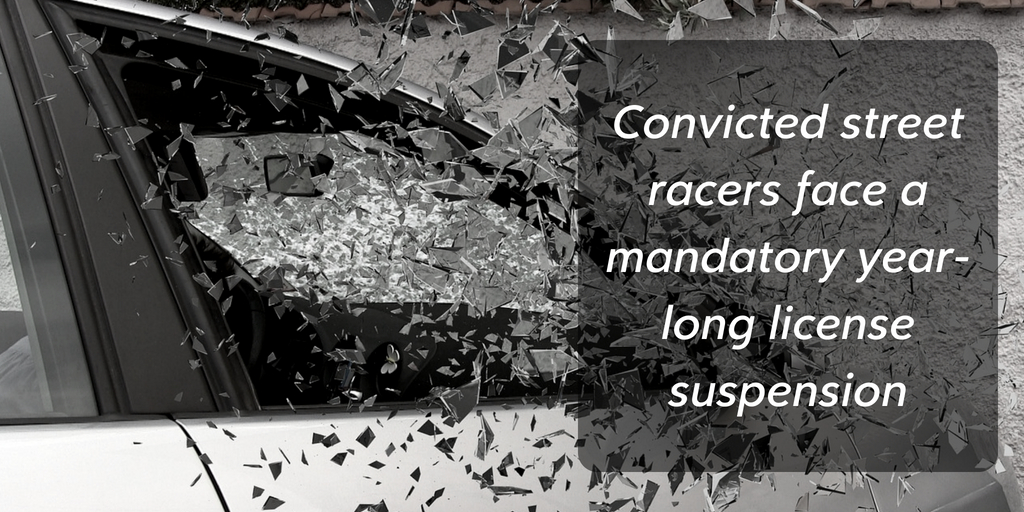 In Florida, racing on the public roads is a first-degree misdemeanor. If you are charged, here’s what you can expect to face on a first offense:

Many people have argued that the legal consequences for street racing are too inconsequential. The law in Florida is vague on street racing and it can be difficult to get a conviction. Some have also suggested the offense be kicked up to a felony.

When you hear stories like the crash we talked about above, the law can seem lenient. Street racing appears to be on the rise in Florida in recent years. When lives are at stake, should we have more than license suspension and some possible fines on the line? It’s not for me to say, but it is worth considering.

You can’t account for every possible factor on the roads. Sometimes, the poor decisions of others can have a serious effect on your life. If you or a loved one has been injured in a car crash due to someone else’s disregard for safety, contact us today. Call the Brooks Law Group at (800) LAW-3030 for a free consultation. Our attorneys and staff will fight to get you the compensation you deserve while providing the best client experience possible. What are you waiting for? Contact us online or call our offices today!