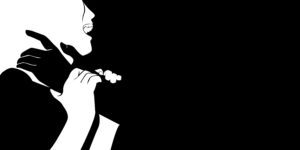 News and social media have been surging with support for Johnny Depp as he appeals to the courts of England. His goal? To set the record straight and restore his name in the eye of the public. The issue? The courts have been unwilling to overturn the previous rulings. This case started with domestic assault charges against Depp. Now they’ve turned into suspicions of perjury against his ex-wife Amber Heard.

So, who’s to say the truth? Well, there’s more to this saga than meets the eye.

Whatever the outcome, it’s important to remember that anyone can be a victim of assault. If you or someone you love has been assaulted, contact Brooks Law Group today.

Johnny Depp and Amber Heard met in 2009 on the set of The Rum Diary and were dating by 2012. In 2015 they married, and by 2016 Heard was filing divorce papers and accusing Depp of physical abuse. She received a temporary restraining order. By 2017 the divorce was finalized and Depp and Heard were permanently separated. However, this issue was far from over.

In 2018, England’s tabloid The Sun released an article on Depp that referred to him as a “wife-beater.” The paper also claimed that he has an abusive history and that Heard had provided evidence of the abuse. Depp and his attorneys adamantly refute these claims, and Depp filed a suit against The Sun for defamation. He lost. Today, the internet is rallying behind Depp as more who know him speak out against Heard and defend Depp.

Depp’s former partners have much to say on their media platforms and in interviews. His ex-wife Vanessa Paradis, said “Through all these years, I’ve known Johnny to be a kind, attentive, generous, and non-violent person and father.” Winona Ryder, another former partner, said she “could not wrap her head” around the accusations. Countless friends and supporters deny Heard’s claims, saying Depp is a man of character, kindness, and integrity. Today, the internet is almost wholly on Depp’s side.

As it stands, Depp has been relieved of his position as an actor for Warner Brothers’ Studios. He was supposed to star in the third installment of the Fantastic Beasts series, but not anymore. However, Depp was promised an eight-figure salary, and because he appeared and began filming, he’ll still receive the benefits. The future for Depp’s acting career is still up in the air. It seems largely dependent on his still-active cases, which are being steadily appealed by Depp and his legal team.

Heard has been conducting business as usual, it seems. She’s still set to star in a major role in Aquaman 2, with full pay, benefits, and screen time. Heard has been speaking regularly at public events and maintains a steady media presence. She has taken to using this story as a foundation upon which to mount a female empowerment movement. All the while, however, she admits to attacking Depp in the same manner she describes being victimized.

It’s unclear what the future holds for either Depp or Heard, but one thing’s for certain: no one wins in cases like this. Regardless of the outcome, both parties’ public opinion is tarnished, in one way or another. Both of them have amassed a fortune from their acting careers, so the money is not an issue. The impact of these cases on their reputations and careers is the most pressing concern. No one who is innocent deserves to have their rights to career pursuit forever changed in this way. Such is the unfortunate reality when dealing with domestic violence cases and assault.

Assault Statistics in the United States

Domestic abuse and assault are no stranger in the states. Here are some statistics to put the issue into perspective:

Violent crime is, unsurprisingly, an issue in America.

This is what has the internet up in arms in defense of Johnny Depp. The English courts ruled against him despite a positive track record, no prior history, and accounts from ex-spouses. This leads many to believe that there is an inherent flaw in the system of domestic justice. Social media and related platforms are in an uproar, and their message is clear: men can be victims, too.

We all know that anyone can experience assault, not just celebrities and movie stars. If you’ve been assaulted, contact the attorneys of Brooks Law Group today. Our compassionate lawyers will give you the guidance you need. No matter your situation, get a free, no-obligation consultation by calling 1-800-LAW-3030. 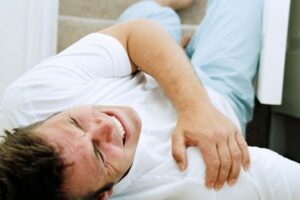 Can You Sue for Falling Down Stairs in Florida? 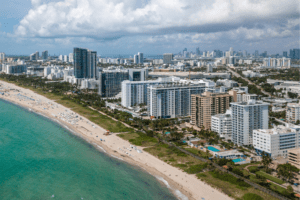 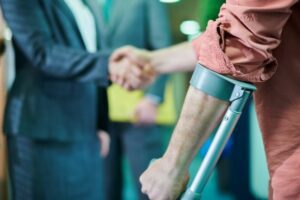 How Much is My Personal Injury Case Worth in Tampa?