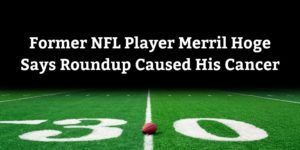 If you’ve followed the news lately, you’ve probably heard a thing or two about Monsanto’s herbicide named Roundup. It’s the most popular weedkiller sold in the world. Recently, Roundup has been facing a large amount of controversy. Across the country, thousands of lawsuits are pending against the company that produces Roundup. These lawsuits all claim that Roundup weedkiller is the leading factor behind the development of cancer, specifically non-Hodgkin’s lymphoma.

Only a few cases have made it to trial. So far, they’ve gone in favor of the plaintiffs suing Monsanto. In the past year, juries have awarded tens, and even hundreds, of millions of dollars in decisions against Monsanto. These juries have unanimously been convinced that Roundup was a leading cause of cancer in these cases.

What’s So Scary About Roundup?

It’s helpful to know a little bit about Monsanto and their product Roundup before we continue. In the 1970s, a young chemist working for Monsanto helped discover and commercialize a chemical called glyphosate. Glyphosate is the active ingredient in Roundup weedkiller, and it’s responsible for the products massive success.

Roundup brought destruction to weeds like no product before it. It was cheap, worked incredibly well and Monsanto claimed it was eco-friendly. Since the product’s introduction, Roundup has made up a significant portion of Monsanto’s overall revenue. It’s no wonder that the company is fighting tooth and nail to keep controversy far away. If the thousands of people suing Monsanto are proved to be right, then that could cause Monsanto to lose billions of dollars and its flagship product. 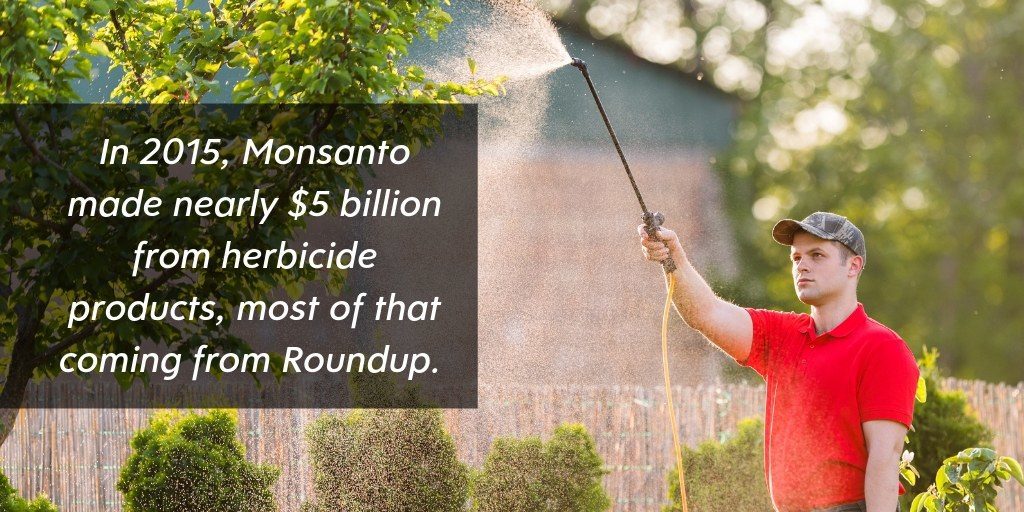 For this reason, Monsanto has spent the last several years fighting public opinion against Roundup. They employ many scientists and have funded a variety of studies in an attempt to claim there is no link between Roundup and cancer. A team of scientists hired by a company to investigate the safety of its own product is hardly an impartial study. Actions like this make it difficult to take Monsanto and its scientists’ integrity seriously.

This month, a big name in the world of sports joined thousands of others who have filed lawsuits against Monsanto for its Roundup weedkiller. Merril Hoge played seven seasons with the Pittsburgh Steelers. After his NFL career, he spent two decades as an analyst for ESPN. In 2003, Hoge was diagnosed with non-Hodgkin’s lymphoma.

It has been more than a decade since Hoge’s diagnosis. One of his attorney’s says that it was not until more recent studies have come out that Hoge linked his diagnosis with his exposure. Roundup is the world’s most popular weedkiller. It’s safe to say that hundreds of millions of people across the world have been exposed to it. In Hoge’s case, he experienced much more exposure than the average backyard hobbyist.

In the late 1970s, only a few years after Roundup was first introduced to the market, Hoge began working on a farm in Idaho as a boy. According to the lawsuit, he spent years mixing and spraying large quantities of Roundup weedkiller on crops and plants at the farm. In his years of exposure, Hoge followed all safety warnings and measures given by the manufacturer, the suit says. This was decades before the public had any idea that the active ingredient in Roundup would later be linked to multiple forms of cancer.

After Hoge’s diagnosis, he underwent chemotherapy treatment and the cancer has since been in remission. The lawsuits claims that Hoge still deals with the economic and non-economic effects of his diagnosis on a daily basis. For this reason, Hoge’s suit accuses Monsanto of being negligent and promoting false statements about the safety of Roundup weedkiller.

What Does the Science Say About Roundup’s Link to Cancer?

Roundup doesn’t just disappear after it has been applied to plants or crops. Due to the success of Roundup and other weedkillers, glyphosate is everywhere. It’s in our water, it’s in our food, it’s in the dust in the air. It would be incredibly difficult to find anyone who hasn’t been exposed to the chemical to some degree. Those who have actively used it in their gardens or on their farms have been exposed to much greater levels of the chemical. It’s these people that are potentially at risk for developing cancer linked to glyphosate. 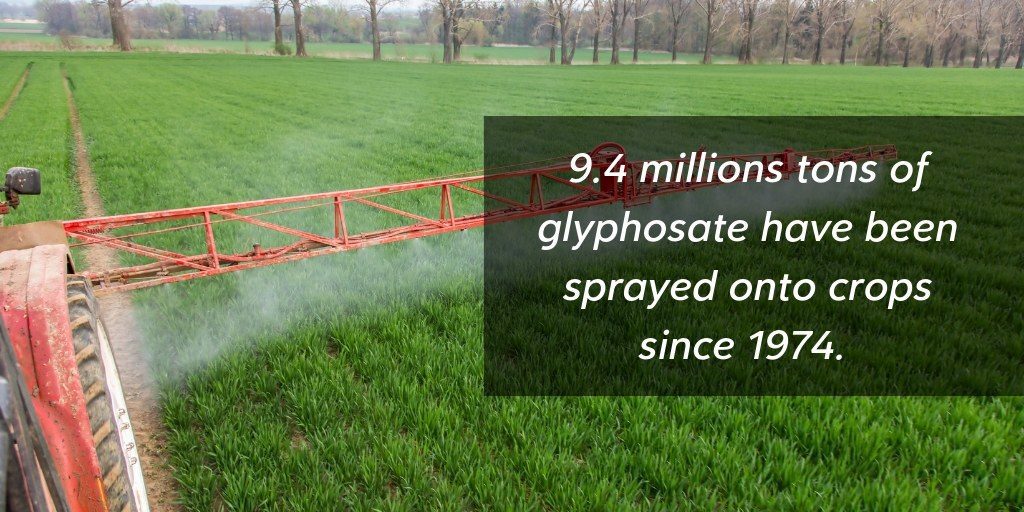 In recent years, a variety of health agencies, organizations and scientists have revealed their findings on the safety of glyphosate. Here are just a few:

It’s no surprise that juries across the country have been finding Roundup to blame for its link to cancer. Despite the evidence and the juries’ findings, Monsanto and its parent company Bayer have continued to appeal these decisions. They’ve continued to try and cast doubt on the findings by funding their own independent studies on the safety of Roundup.

The Recent Verdicts Against Monsanto

So far, three cases have gone to trial against Monsanto’s Roundup. In every case, the juries agreed the product was a leading factor in the development of cancer. The amount of money awarded to the plaintiff’s by the juries captures the feelings the jurors had for Monsanto and its product.

It seems like the jury is no longer out, and things aren’t looking good for Bayer, Monsanto or Roundup. 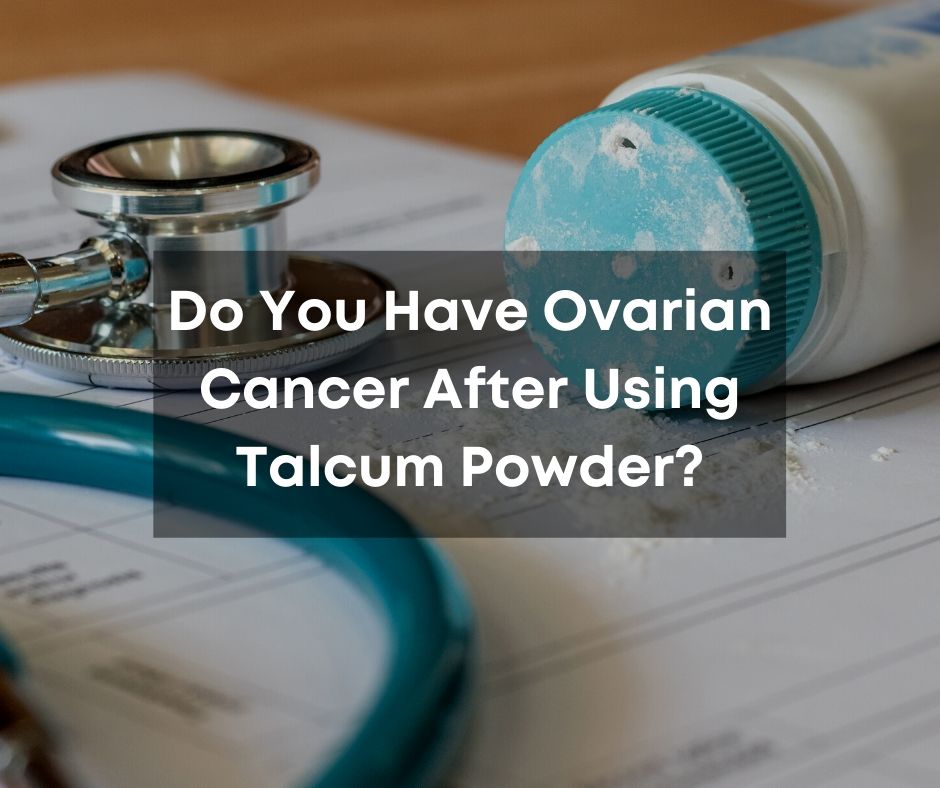