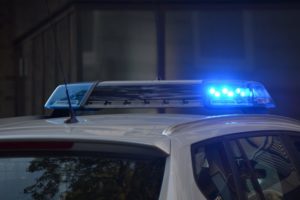 From a young age, whether it may be from a parent, a family member, a teacher, or a police officer, we always hear the phrase “don’t drink and drive”. I remember police officers going into my school and talking to us about the dangers of drinking and driving. The school system not only tries to help in that area by providing speakers, but a lot of us have seen or heard about accidents happening due to drunk and impaired drivers.

Car crashes happen daily without alcohol being a factor, when you add alcohol into the equation there is a higher risk for everyone out in the roads.

Car accidents are unexpected and can unfortunately happen to anyone, even those who teach us and are there to make roads and highways safe. This morning, a Florida Highway Patrol trooper was struck by an impaired driver on I-75, just north of I-4. Trooper William Hale was driving south on the outside lane and had to stop for other traffic. Billy Lee Floyd of Land O’ Lakes, who was driving a 2016 Ford SUV, stuck Hale’s patrol car from behind. Floyd was arrested at the scene for DUI and Hale was taken to the local hospital to treat his injuries, which according to The Tampa Bay Times were minor.

How much can drinking a few beers affect my driving?

Even though it may seem like you are fully capable of driving after just having 2 or 3 beers without impairment, the truth is you are not. Below are likely effects on your driving after drinking beer:

What can you do to stay safe if you plan to drink?

Every day, about 28 people in the United States die in car accidents that involve an impaired driver. Just stop and think, is it worth putting yourself and others on the road at risk?

If you are planning to drink plan ahead, here are some suggestions!

If you or a loved one was injured in a car accident call Brooks Law Group today at 1-800-LAW-3030 for a free consultation. The Attorneys at Brooks Law Group work on a contingent fee basis, meaning you don’t pay any money up front. We only get paid if you receive compensation.