Home Blog Odds of Dying in a Car Crash

Odds of Dying in a Car Crash in Florida 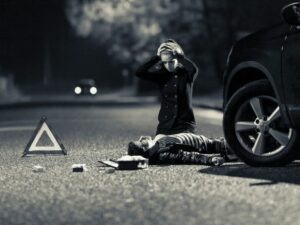 At the very least, a car accident results in some vehicle damage. But unfortunately, other collisions in Florida are far more violent, resulting in serious and fatal injuries to drivers and their passengers. That leads many people to wonder: “What are the odds of dying in a car crash in the Sunshine State?”

According to the National Safety Council, you have a one in 107 chance of dying in a motor vehicle collision in the United States. But Florida has one of the highest crash rates in the nation. It’s essential to exercise caution on our roads.

According to the Department of Florida Highway Safety and Motor Vehicles, a total of 401,768 accidents occurred across Florida in a recent year. Of these accidents, 2,951 crashes resulted in a total of 3,185 fatalities.

Data also shows that young drivers are at a particularly high risk of death in Florida car crashes. Drivers between 15 to 17 accounted for 20 fatalities in a recent year. Another 103 were 18 to 20-year-olds. Overall, drivers aged 21 to 24 accounted for the most fatalities among young motorists, with 172 deaths.

Common Causes of Death in a Car Crash

Some of the most common causes of fatal car accidents include:

Factors that Increase the Likelihood of Death

Circumstances or factors that contribute to increased fatality rates in car accidents include:

If a family member died in a collision in Florida, an experienced wrongful death attorney at Brooks Law Group can help you demand justice and compensation for your loss. While no amount of money can make up for a beloved relative’s death, we can help you seek accountability and a measure of closure. Call or contact us for a free consultation today.