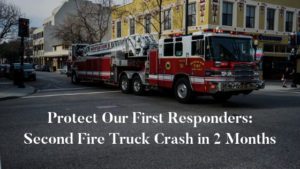 Every day, first responders around the country put their lives on the line to protect us. In the face of such sacrifice, it’s our responsibility to support and watch out for them. Especially on the roads.

On Sunday morning, a car traveling at a high rate of speed collided with an Orlando Fire Department engine. The fire truck was stopped on the side of the highway to assist another vehicle. This was the second fire engine crash in two months.

How Did the Fire Truck Crash Happen?

Early Sunday morning, a fire engine from the Orland Fire Department was stopped on Interstate 4 in order to help with a disabled vehicle.

According to Department officials, another vehicle was traveling down I-4 at a high rate of speed when it crashed into the stopped fire engine.

The fire truck was pushed forward 8-10 feet from its original position after being struck by the car. At the time of the crash, four firefighters were in the fire truck.

Immediately upon being hit by the other vehicle, the firefighters went to assist the driver. The damage to the vehicle was so bad that the driver had to be extricated from the damaged car. According to the department, another passenger was able to get out of the car without assistance. 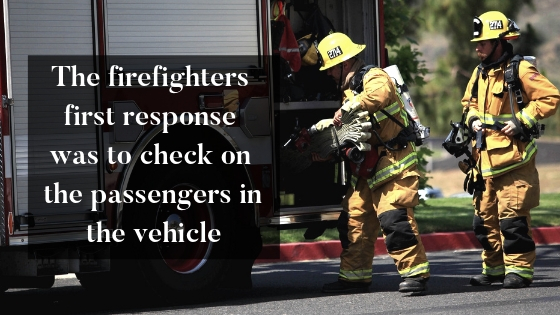 After the accident, the four firefighters went to the hospital for injury evaluation. Both people in the colliding vehicle were also transported to the hospital.

The Fiftieth Anniversary of Tragedy

This is the second time in a period of two months that another vehicle has crashed into a Department engine. This shouldn’t have even happened once, as both were entirely avoidable crashes.

Sadly, there is some tragic history behind this crash. The I-4 crash this week took place on the 50th anniversary of an Orlando Fire Department firefighter who lost his life in the line of duty.

On February 10th, 1969, John Lewkowicz, an Orlando Fire Department firefighter, was hit by a flatbed truck while responding to a house fire call. The accident was so violent that it caused the fire engine to flip over, tossing Lewkowicz from the fire truck.

Move Over: It’s the Law!

There are laws in place meant to prevent an accident like this from happening in the first place. These laws were instituted to protect first responders, construction workers, tow trucks, and more.

Florida law requires vehicles to move over a lane, when safely possible, to create a safe distance between cars and stopped emergency vehicles. It’s not a suggestion, it’s the law.

If you are unable to move over a lane, the law requires you to slow down to a speed that is 20 miles per hour lower than the posted speed limit.

It’s clear that the vehicle Sunday was not following the law.

In order to protect those who protect us, let’s all agree to be much safer on our roads. If we’re all focused on the task at hand and are watching out for stopped emergency vehicles, we can stop this from happening in the future.