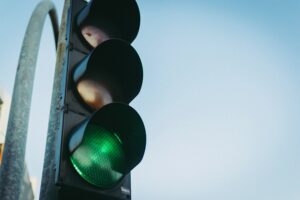 Over the last few years, red light cameras have become a topic of heated discussion for Florida legislators. Following Texas’ decision to remove them completely in 2019, many expect that Florida will follow suit. But 2 years later, the cameras in Florida are still in use. Today, we’ll discuss why red light cameras are such a big deal. We’ll also show you how you can best avoid legal trouble and motor vehicle accidents on Florida roadways.

What Are Red Light Cameras?

Have you used Google or Apple Maps on your drive post-2020? You may have noticed that your device will now warn you of oncoming speed traps or red light cameras. Typically, people view speed traps as hidden police officers using radar guns to detect speeding vehicles. However, many speed traps today use automated technology. The same goes for red light running cameras.

A red light camera is independently positioned on poles on the side or corner of an intersection. Many people confuse them with traditional traffic cameras, often found on poles above traffic lights. These cameras record video evidence of accidents that happen in an intersection. They’re not used for enforcing red light violations.

Red light cameras were invented in the Netherlands in the early 1960s. They first saw major use in the States in the 1980s following a largely-publicized legal case in New York City. During this case, someone drove through a red light and hit an 18-month old child in a stroller. A red light camera was used to incriminate the driver. Since then, red light cameras have been used across the country to aid police in enforcing traffic violations. 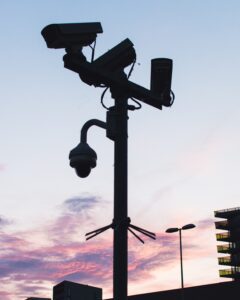 Many people dislike red light cameras because they think they add hassle to the everyday commute. Now we won’t lie—getting  a red light camera ticket is a bit of a drag. But the effect they have on reducing accidents is worth the payment.

Red light violations injured an estimated 143,000 people across the nation in a recent year. A t-bone collision in an intersection can be devastating and cost you a fortune in bills. Despite this, some still believe that red light cameras aren’t worth the effort. So far, 8 states in the US have prohibited red light cameras and speed cameras for traffic violation enforcement.

In Florida, legislators have been debating whether or not to continue using them. In January 2021, yet another case was made against red light camera usage. But time and time again, the bill fails to pass the Senate. State representative Anthony Sabatini’s position on the matter is evident in his statements like, “[Red light cameras] are just a taxpayer fraud scheme. They are just a way for local governments to pad their pockets and raise more revenue.” Many believe that automated traffic cameras are a tool to extract money from taxpayers. They don’t see how they actually make the roadways safer.

How to Avoid Traffic Violations in Florida

It’s very important that you follow all traffic laws, whether or not you agree with the use of cameras. They’re not just there to slow you down, they’re there to keep you and other safe on the roads. Think of the 18-month old hit by a red light runner. Without a red light camera, they may have never had the evidence needed to convict the driver. Love them or hate them, they serve a great purpose.

It’s good to understand the nature of these enforcement techniques and how to avoid penalties—and crashes. Here are a few things Florida drivers can do to stay out of legal trouble and avoid fines or accidents:

Now, we’re not telling you to drive unsafely if you know there’s no camera around to catch you. In fact, we think quite the opposite. You need to practice safe driving every single time you’re behind the wheel. Just think of red light cameras as extra insurance that others are going to do the same.

Still on the fence about red light cameras? Just put yourself in the shoes of someone who was hit by a red light runner. You’d probably be thankful then that a red light camera caught the whole incident on tape. It could make a huge difference in your personal injury case.

If another driver runs a red light and injures you, you may be entitled to compensation for your injuries. Contact Brooks Law Group today to start your claim. Our stellar team of attorneys will ensure that you have the best care while they fight for your rights. Call us at 1-800-LAW-3030 (800-529-3030) for your no-cost consultation.