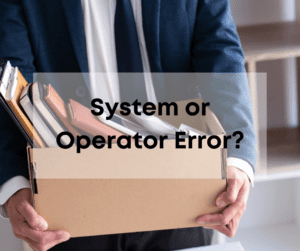 As the coronavirus continues to impact the economy, the unemployment rate has become a major threat. After reaching a 50-year record at 3.5% the numbers rose by 11 percent. There have been more than 20.5 million jobs lost since March and the unemployment rate is the comparable to numbers seen during the Great Depression at 14.7 percent.

In Florida from March 15 to May 6th, the state unemployment system received more than 1.8 million claims, of these more than 1.1 million were considered “unique”, having errors due to duplicates or incomplete paperwork. Of these claims 486,155 of the 1,856,040 unemployment claims that have been received since March 15 have been paid out.

Leaving 1.3 million without compensation – some for 2 months

Many lawmakers and residents are claiming that the application process is flawed. That the department is staff is short and under-trained. They complain of program crashes and glitches, and lengthy processing times. Florida’s governor, Ron DeSantis, stated Friday in a press conference that “I can tell you that DEO [Department of Economic Opportunity] goes through this and 9 times out of 10 the application is incomplete. If you’ve complied in that time period and your application is complete and you qualify, I think 99.99% of those folks have been paid.”

Is this operator error?

Are filers to blame due incomplete applications and double filing?

Or is this system error?

Is the website faulty and unable to accommodate such an influx of applications?

March applications that have not been processed will be reexamined according to the governor.

If you have not received payment or were denied after applying,  the governor would like for you to email him at  governorron.desantis@eog.myflorida.com and include the following information:

Brooks Law Group remains dedicated to you and the community during this time of crisis. We are open, so please call us if you need legal assistance.