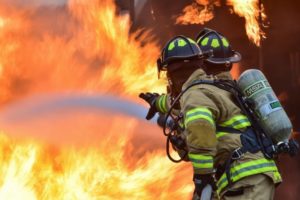 Car accidents are not only unexpected, unpredictable, and sometimes devastating, they also occur more often than we may think.

Dr. Charles Canaan Williams Jr., a doctor at Moffitt Cancer Center in Tampa, died Wednesday morning in a fiery car crash in the intersection of Fowler and Gillette Avenue. The car crash involved three vehicles, Dr. Williams vehicle caught fire causing a portion of Fowler Avenue to close . According to Fox 13, at one point the smoke was so thick it blocked the view from the air. The Temple Terrace Police Department is still investigating the accident.

I did not personally know Dr. Williams, but the way his patients, students, and coworkers remember him is that of family. Through the hard times and loss that his death has brought, there is one thing I am sure about – he impacted many lives. He may be gone, but many are left to tell his story and his students will continue to grow and his teachings will continue to pass through generations.

A serious car accident may not only leave someone emotionally, but also physically and financially vulnerable. Often, the tragedy becomes more difficult when the insurance company withholds the financial help that the family or injured person needs after the accident. Brooks Law Group has attorneys in Winter Haven, Lakeland, and Tampa that are ready to help you receive the compensation you deserve.

If you, a friend, or a family member have been involved in a car accident call Brooks Law Group at 1-800-LAW-3030 today for a free consultation.