Home Blog Slip and Falls: The Danger You Don’t Expect

Slip and Falls: The Danger You Don’t Expect 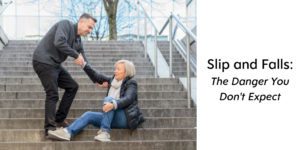 When we hop onto our motorcycle or take a trip in the car, we’re very aware of the potential for danger. While we don’t often worry about it, we know that an accident could happen in an instant. Hopefully that affects how we conduct ourselves. The same is true for being a pedestrian or even going to a doctor. We know that accidents happen and so we take precautions. Sometimes, however, the danger is much closer to home, or to work.

Our bodies are much sensitive than we give them credit for. While we are able to go through life picking up our share of scrapes and bruises, sometimes a simple slip or fall can have disastrous consequences. As a matter of fact, falls represent the third leading cause of injury-related deaths in our country.

We’ve probably all taken at least one bad spill. Maybe you didn’t notice a slick spot and found yourself on the ground before you had a chance to react. If you haven’t yourself, you probably know someone who has broken a bone or been seriously injured from a bad fall. The older you get, the more likely you are to be badly injured in a fall.

Falls can, and do, happen anywhere. The majority of them happen on the job or at home though. Let’s take a look at the slip and fall numbers now.

We know that people slip and fall, but is it really a common problem? Is it worth being worried over? The numbers seem to suggest so.

Falls are a serious problem. As we mentioned before, your risk of injury only increases the older you get. More than a quarter of Americans older than 65 fall every year, and many don’t report it to their doctor.

Sometimes slips, trips and falls just happen. Other times, they’re a direct result of a negligent businesses, negligent employers or faulty products. In these cases, it may be in your best interest to seek out a slip and fall attorney. The injuries sustained from a bad fall can cost thousands of dollars to treat properly at a medical facility. If your fall was not your fault, you shouldn’t be responsible for taking care of the damage.

Proving that someone else is responsible for your fall can be difficult. That’s why we’ve prepared a few steps for you to take immediately following an accident. 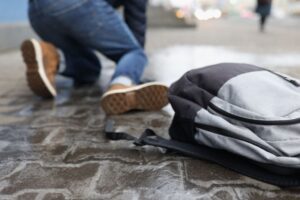 Can You Sue the City for Falling on the Sidewalk in Florida? 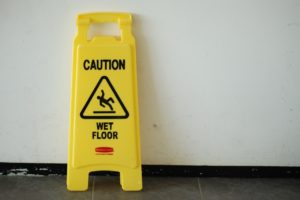 Preventing and Preparing for a Slip and Fall 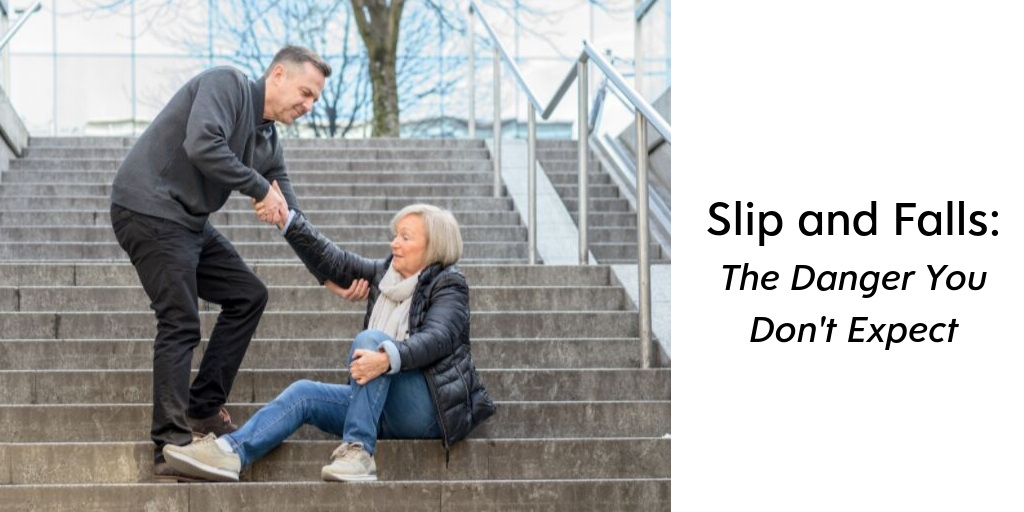 Slip and Falls: The Danger You Don’t Expect