Home Blog What Are the Top Causes of Motorcyle Accidents?

What Are the Top Causes of Motorcyle Accidents? 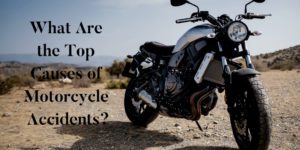 Motorcycle accidents are some of the most dangerous and deadly incidents that take place on U.S. roadways. According to 2016 fatal crash data, motorcyclist deaths occurred 28 times more frequently than fatalities in other vehicle crashes. In other words, crashing a motorcycle is more likely to be a deadly accident than crashing a car or an eighteen wheeler.

The Top Causes of Motorcycle Crashes:

Many of the most common causes of fatal motorcycle accidents involve other vehicles. When other cars are involved, the crash is often very harmful due to the vast difference in size between the two vehicles. The top three causes of crashes with other vehicles include head-on collisions, unsafe lane changes, and collisions when a car is making a left-hand turn.

Lane changing and turning vehicles are particularly dangerous because drivers fail to check their mirrors properly, and have a hard time seeing motorcycles due to their smaller size. In fact, cars making left-hand turns cause 48% of all crashes between motorcycles and passenger vehicles.

It is especially important to check for motorcycles when changing lanes and making left turns at intersections– as they say, looking twice can save a life, and can save you having to seek out a motorcycle accident attorney. 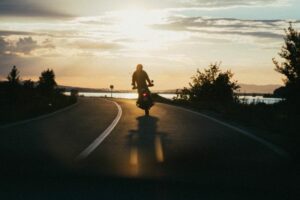 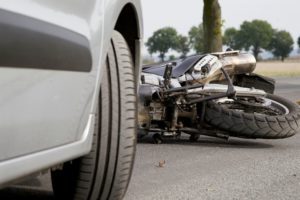 Can I File a Motorcycle Accident Claim If I Wasn't Wearing a Helmet? 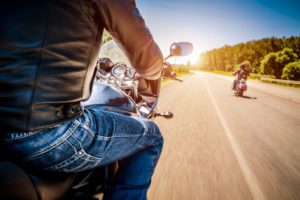 Riding Your Motorcycle Safely on the Highway