Home Blog What Florida Cities Have the Most DUI Deaths?

What Florida Cities Have the Most DUI Deaths? 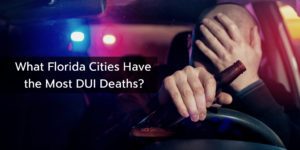 Every year, thousands of people lose their lives in accidents with alcohol-impaired drivers. In 2017, there were 515 DUI-related deaths in Florida alone. Although accidents can, and do, happen all across the state, not every area is equally at risk. Today, we’ll be covering the cities and counties with the highest rates of DUI fatalities in our state.

The Most Dangerous Cities for DUIs

Not every city is created equal when it comes to DUI risks. So which city has the highest risk in our state? Sarasota ranks no. 1 by a wide margin.

Not only is Lakeland the city with the second highest rate of deaths, it has increased its rate drastically in the last several years. It seems like a problem that is spiraling out of control. 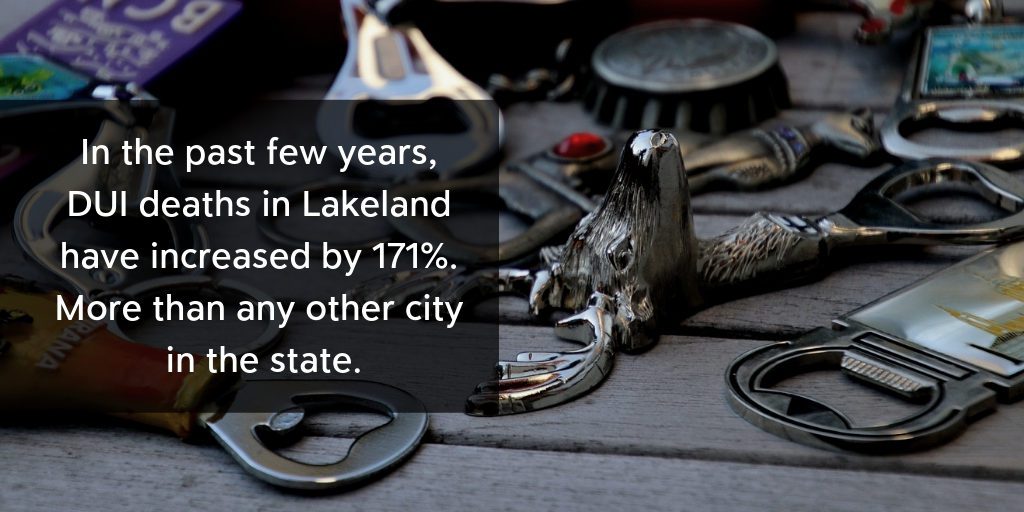 Some of the other top cities in our state include:

All of these cities are above the national average. Clearly, something needs to change.

What Are the Most Dangerous Counties in Florida?

According to the study, the smaller the county, the higher the risks are. Some of the small counties in Florida have DUI death rates that dwarf even Sarasota’s numbers. The top 10 counties all had less than 75,000 people living in them.

We often think of big cities as inherently more dangerous than smaller, more rural areas. Not according to the DUI data!

While bigger cities may have a denser population and busier streets, it’s the small counties that are the most affected by drunk drivers.

No matter where you are or where you’re going, there are dangers on the road. Just because you’re careful, it doesn’t mean that others will be. If you or a loved one has been injured in an accident with a drunk driver, you need legal guidance. You need attorneys with experience in drunk driving injury cases.

At the Brooks Law Group, our attorneys and staff are dedicated to providing you with the best client experience possible. Our team will help walk you through the process and fight for the compensation you deserve. If you’re looking for drunk driving injury lawyers, look to Brooks!

Call our offices at (800) LAW-3030 today or fill out our online case evaluation form located on our website. If we don’t recover compensation for your injury, you don’t owe us anything! Contact us today and start your journey to justice.