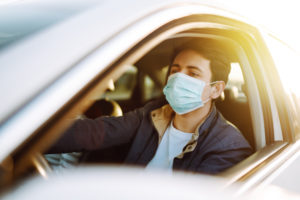 The COVID-19 pandemic has infiltrated nearly every aspect of American life. When the nation was shut down in early spring, there was a rise in unsafe driving habits nationwide, especially among young men. Chief among them was driving under the influence of alcohol or mind-altering drugs. But a rise in other risky behaviors, such as speeding and racing, have also been noted during the pandemic.

Were you recently hurt in a Florida auto accident? You could be entitled to compensation for your medical costs, lost income, and other losses. Contact an experienced Winter Haven car accident attorney at Brooks Law Group for a free, virtual consultation today.

How Does COVID-19 Affect Drunk Driving?

The National Highway Traffic Safety Administration (NHTSA) recently released a report showing that in some respects, the roads became more dangerous during the pandemic, even as people sheltered in place at home. There was a decided increase in the number of deaths per miles traveled during the first half of the year, the data shows.

The study looked at drug and alcohol levels of “fatally injured drivers and other road user crash victims” last fall at five trauma centers in East Coast states. More than 3,000 fatalities were examined.

Accident victims’ blood was drawn when they were brought to an emergency room or morgue after a crash. The blood was later tested for alcohol and a large number of drugs that may have impaired cognitive functions.

Key among the findings in fatal impaired-driving crashes:

In addition, the report noted other disturbing trends. During the first half of 2020, data showed there was lower seat belt usage and increased speeding among drivers.

Why Are More Young Men Driving Unsafely During the Pandemic?

Historically, young men have always ranked among the country’s most dangerous drivers. In the NHTSA report, males were more likely to have positive alcohol or drug results than females during the study period.

According to the Los Angeles Times, young men also ventured out to raucous “COVID parties” in greater numbers, believing that they were at low risk of becoming seriously ill or dying of the virus. But health officials warn that they can serve as super spreaders, easily transmitting the illness to more vulnerable populations.

The Washington Post has also reported incidents of drag racing, drivers chasing land-speed records, and more speed-related crashes. Such activities are often attractive to young males for whom being kept at home during the coronavirus shutdown was unbearable.

If you’ve been injured in a Florida car accident during the pandemic, you don’t have to wait to learn your legal rights. The dedicated Winter Haven drunk driving lawyers at Brooks Law Group can review your case in a free consultation today.
Call or contact us now to get on the path to compensation.