Home Blog Your Weed Killer May Be Linked to Cancer

Your Weed Killer May Be Linked to Cancer 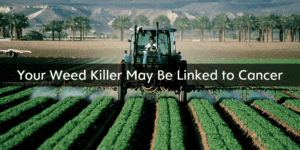 Our country relies on the hard, often thankless, job of farmers and farmworkers. The sprawling fields full of crops help ensure that we have the food we need as a country to thrive. The agricultural industry has to fight pests and pervasive weeds to nurture their crops from mere seeds to the fully-grown product we place on our plates. That’s where herbicides and pesticides come in.

Monsanto has been working on glyphosate-based herbicides like Roundup since the 1970s. They’ve quickly become some of the most successful, best-selling herbicides on the market. The company even sells genetically-modified seeds that are resistant to the herbicide and make it easier to treat. This all sounds great, but is there a darker side to the story? What if the herbicide that helps our plants fight off deadly invaders was having a deadly effect on the humans who use it?

In 1970, a young chemist with Monsanto, after being transferred to the agricultural division, helped discover the chemical we know as glyphosate. This chemical became the active ingredient in the wildly successful Roundup herbicide product.

Unlike previous herbicides introduced to the market, Roundup was not selective in its destruction. While past herbicides had always focused on harming weeds but leaving the crops untouched, Roundup was different. If a living plant came into contact with Roundup, it was dead. Roundup, since its creation, has been a destructive force capable of killing everything it touched.

While destructive, Roundup was touted as being environmentally friendly. It was incredibly successful as farmers began to believe that using herbicides was not a choice; its use was crucial to their survival. Then came the introduction of Roundup Ready seeds. Worried you were going to kill every green thing in your field? Worry no longer. Monsanto would sell you special seeds developed in a lab that were resistant to the herbicide. It made treating crops that much easier.

Where Did It Go Wrong?

So, what’s wrong with this picture? Roundup is hugely successful and we’ve been using it for decades. Why are we talking about it now?

The problem is, glyphosate has been linked to multiple forms of cancer. In 2015, the World Health Organization classified glyphosate as a probable carcinogen. California’s Office of Environmental Health Hazard Assessment concluded that glyphosate is known to cause cancer.

A public health professor from UCSD who studied glyphosate exposure in humans has gone on record stating that there is no safe level of exposure to glyphosate. There is no established level in the human body that doesn’t also come with potential harm.

This is the same stuff that we’ve been drowning our nation’s crops in. We’re spraying our foods with high concentrations of a chemical shown to cause cancer in humans. 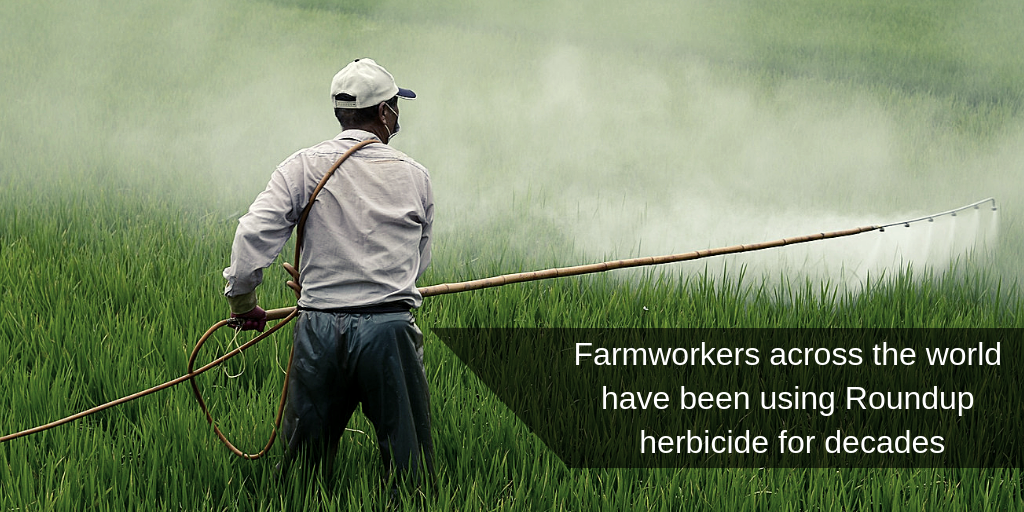 Have you or a loved one been diagnosed with cancer after coming into contact with a glyphosate-based herbicide? Farmworkers, landscapers and gardening hobbyists across the country have been exposing themselves to this chemical for decades. If you’re concerned about the potential carcinogenic effects, you need to contact experienced legal counsel as soon as possible. Recently, a jury award $289 million in damages after determining a school groundskeeper was diagnosed with non-Hodgkin’s lymphoma from exposure to Roundup over 4 years. Don’t wait to find out if you have a case. Our attorneys have the experience and skill you need to fight for justice on your behalf. Call our offices at 1-800-LAW-3030 today or visit us online to request your free, no obligation case evaluation.