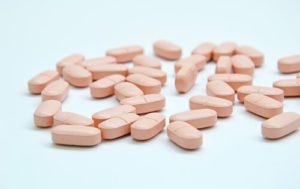 Some people have chosen to file a lawsuit after hiring an attorney because of the effects of a medication called Avandia, also known as Rosiglitazone.

Avandia is a drug used by millions of Americans to treat type 2 diabetes. Avandia was approved by the FDA in 1999. Avandia is also contained in two other drugs called Avandryl and Avandamet. On May 21, 2007 the United States Food and Drug Administration (FDA) issed a public safety advisory regarding Avandia.

The Public Advisory was based on a study published in the New England Journal of Medicine. This study evaluated 42 other studies which compared patients not using Avandia to patients using Avandia. The study had some astonishing findings. The study findings concluded that some patients taking Avandia face a 43% increased risk of heart attack and a 65% increased risk of dying from heart related cardiovascular disease.

Then on November 17, 2007 a “Black Box Warning” was issued by the FDA concerning the increased potential in heart attacks. Wikipedia defines a black box warning as:

“In the United States, a black box warning (also sometimes called a black label warning or boxed warning) is a type of warning that appears on the package insert for prescription drugs that may cause serious adverse effects.

Avandia has been linked with increased risk of cardiac events(myocardial ischemia), heart attacks, heart failure and even osteoporosis. Besides cardiac events other symptoms associated with Avandia include fluid retention, edema, weight gain, headaches and liver problems. If you have been taking Avandia and are experincing any serious sypmtoms it is important that you immediately consult with your personal physician to determine if Avandia is causing any of your problems

For a FREE, no-obligation legal consultation fill out the contact form this page or call 1-888-WE-MEAN-IT.