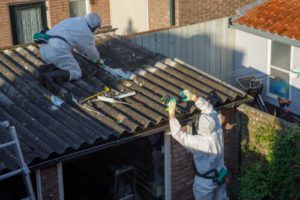 Mesothelioma is a rare and aggressive form of cancer affecting the tissue lining the lungs, stomach, heart and other vital organs caused by prolonged exposure to asbestos. Between 3800 and 4000 new cases are diagnosed in the United States each year. Life expectancy for the most common form of the disease is only 4-24 months following the onset of symptoms.

Although the link between asbestos and disease has been investigated since the early 20th century, it wasn’t until 1989 that the EPA issued an Asbestos Ban and Phase Out Rule (only to see it overturned two years later.)

As recently as 2008, asbestos has been found in Polk County, when the Polk County Sheriff’s Department uncovered illegal dumping of the material in Winter Haven. In St. Petersburg, a real estate developer was indicted for the illegal handling of thousands of square feet of asbestos in 2010.

While the EPA has established exposure limits for asbestos, the United States is one of the few developed countries where asbestos is not completely banned. Tampa, Lakeland and Winter Haven all may still have asbestos in some locations.

Asbestos is a naturally occurring mineral that was widely used in the construction industry for fireproofing and insulation. It was also commonly used in Navy ships, the ship building industry, and automotive repair. When the asbestos fibers are inhaled or ingested, they can become lodged in the lining of the lungs.

As the fibers build up inside these protective tissues, they can initiate the formation of cancerous cells. Usually, this occurs over a prolonged period of time and is most commonly seen in people who have worked with the carcinogenic material on a day-to-day basis for many years.

A common ingredient in ceiling tiles, roofing materials, insulation, flooring and drywall, automotive brakes and clutches; asbestos exposure is high among those who have worked in manufacturing and construction.

Factors that could increase your risk for asbestos exposure include:

Only in the mid-1970s, when the correlation between asbestos dust inhalation and cancer became undeniable, did the material fall out of favor. Until then, asbestos was also the insulator of choice of the U.S. Navy, which used massive quantities of the material in all of their ships.

Because of it’s popularity in ship building, asbestos exposure cases are more frequently seen in the Tampa Bay area, where the active shipyard repaired many types of ships using asbestos.

Many major corporations who used asbestos in their products knew of the dangers of asbestos in as early as the 1920’s.

Asbestos exposure was most prevalent in the following occupations:

Are there different types of mesothelioma lawsuits?

Typically, mesothelioma lawsuits fall under personal injury or wrongful death. To file a personal injury case, you must file your claim within four years of your diagnosis. You may qualify for a personal injury lawsuit through either firsthand or secondhand (contact with another who was in contact with asbestos) exposure. You may be able to recover for lost wages, medical expenses (including travel to and from medical treatments) and pain and suffering. If you are bringing a suit on behalf of a lost loved one, you may also be able to recover for funeral expenses and loss of consortium. In some cases, mesothelioma sufferers who have been exposed during work have successfully collected under workers’ comp.

Mesothelioma is a devastating disease. If you or a loved one has been diagnosed with mesothelioma, contact the experienced attorneys at Brooks Law Group to discuss your potential claim and help you recover the compensation you deserve. Any initial consultation with our firm is free, so please don’t hesitate to call us at 1-888-WE-MEAN-IT (888-936-3264), or contact us by e-mail.