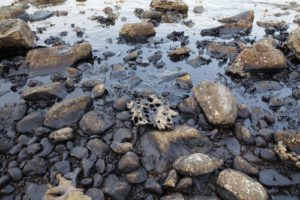 In the Gulf of Mexico on April 20, 2010, an oil rig called the Deepwater Horizon exploded and caught fire. This occurred 50 miles from the coast of Louisiana. The U.S. Coast Guard and firefighters spent 2 days trying to contain the fire but on April 22, the rig sank releasing a million gallons of diesel fuel into the Gulf. This was noted as the largest oil disaster in U.S history.

Commercial fishing and shrimping operations in the spill area were out of business for months, hitting the economy really hard and putting hundreds of fisherman out of work, not to mention all of the wildlife that were put at risk in the Gulf ecosystem.

There are many BP Oil Spill claims out there at this present time that many different types of businesses are unaware of and may not even realize that they may qualify.

Virtually any business in Florida counties that touch the Gulf Coast can apply (see MAP and list below). 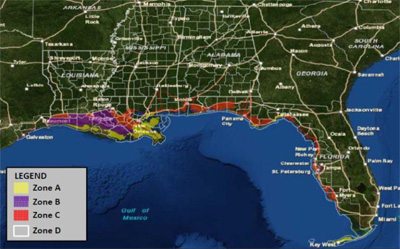 It could be a nail salon in Plant City or a church in Sarasota. There does not need to be any connection to water-based business or to tourism.

ANY type of business from doctors, farmers, apartment complexes to construction companies can be entitled to damages. There are a few exceptions; banks, real estate developers, insurance companies, and gaming facilities (except for bingo halls).

Unless a business has signed a final release with BP, it does not matter whether the business participated in the BP claims process, the Gulf Coast Claims Facility, or filed a lawsuit in the New Orleans Federal Court. Any qualifying business that can also show damages within the settlement’s framework will be entitled to compensation.

We are finding that a business or professional that has a business claim; such as a doctor that owns his/her own office, may also own a beachfront condo, which additionally would be a property claim under the settlement.

If you own a business, are a CPA, or know of any businesses in one of the following counties in Florida: Bay, Hernando, Monroe, Calhoun, Hillsborough, Okaloosa, Charlotte, Holmes, Pasco, Citrus, Jackson, Pinellas, Collier, Jefferson, Santa Rosa, Dixie, Lee, Sarasota, Escambia, Leon, Taylor, Franklin, Levy, Wakulla, Gadsden, Liberty, Walton, Gulf, Manatee , or Washington, and have suffered property damage or loss of income during 2010, you may be entitled to compensation. Brooks Law Group is currently assisting businesses in the listed Florida Counties.

We urge you to call us today as time is of the essence with these claims.