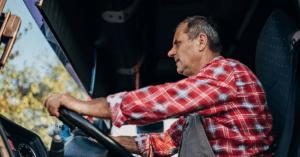 Fatigued truck driving is a serious and ever-present danger in Florida. It’s also believed to be a leading cause of truck accidents in the nation. A truck driver or trucking company may be held liable for injuries and losses that result from a fatigued driving accident.

Were you seriously injured in a crash caused by a fatigued truck driver? Compensation may be possible to help you afford treatment, pay the bills, and move forward in life. At Brooks Law Group, our Florida truck accident attorneys have been helping injured accident victims secure the compensation they deserve for nearly 30 years. We’ll work aggressively to help you pursue the money you need to cover your medical expenses, lost wages, pain and suffering, and more.

At Brooks Law Group, we know you need results, and you need them ASAP. Let’s get started today. Call or contact us for a free initial consultation.

Trucking is a profession especially prone to fatigued driving. Truck drivers spend hours every day, often for multiple days at a time, driving down roads and highways. The nature of the job can be mentally and physically taxing, even when drivers follow state and federal hours-of-service restrictions.

Some drivers make the poor choice to exceed their hours-of-service restrictions to meet strict delivery schedules or because they have fallen behind due to heavy traffic or bad weather. In other cases, truck companies have been shown to pressure or offer incentives to drivers to deliver their loads early. No matter the cause, the undeniable fact is that fatigued truck drivers are dangerous drivers. When an accident happens, a thorough investigation can reveal who should be held liable.

How Dangerous is it to Drive While Tired?

Drowsy driving is a serious threat, especially when a commercial truck is involved. Long-haul truckers are responsible for operating massive vehicles on monotonous stretches of road. If they fall asleep while driving, the risk of a deadly truck accident increases dramatically.

Fatigued driving is widely considered just as hazardous as driving under the influence of alcohol. Fatigue can cause many of the same cognitive and physical impairments that impact an intoxicated driver’s ability to drive safely.

Like alcohol or drug intoxication, fatigue can negatively impact a driver’s vision, coordination, reaction times, and judgment. Fatigue can also cause a driver to become careless while driving, committing mistakes such as failing to check mirrors or signal before changing lanes. Being tired can also reduce inhibitions or increase aggression, causing drivers to engage in reckless driving behaviors, such as tailgating or weaving through traffic.

When a driver is tired, they may also succumb to microsleep, or falling unconscious for just a few seconds. But in the short moments of microsleep, a vehicle on the highway may travel the distance of a football field or more.

Truck driver fatigue poses an even greater danger since the size of commercial trucks means they can cause far more catastrophic injuries and property damage in the event of a collision.

To prevent truck drivers from becoming fatigued while behind the wheel, state and federal law regulates the number of hours drivers may spend on duty or driving. Under Florida law, drivers operating solely within the state must adhere to the following hour restrictions. They cannot:

Truck drivers who operate in interstate commerce must follow federal hours-of-service regulations, which means they:

You may think it would be impossible to prove that a truck driver who causes an accident was tired — the adrenaline rush of a crash would certainly jolt anyone awake. However, you may find evidence that you can use to help prove that the truck driver was drowsy at the time of the accident, including:

You can avoid becoming a victim of a drowsy driving accident by looking out for signs and behaviors that indicate a truck driver may be suffering from fatigue. Warning signs may include when:

If you suspect that a drowsy or fatigued driver is driving a truck on the road with you, pull off the road whenever safe to do so to let the truck pass. You may also contact law enforcement to let them handle the situation and remove the driver from the road.

You should contact a truck accident lawyer as soon as possible following an accident, especially if you think a drowsy driver is to blame. Your opportunity to pursue financial compensation for your injuries may be lost if you fail to act quickly.

Sadly, truck drivers and trucking companies who realize their wrongdoing have been found to destroy or falsify driver logs or other evidence (like cell phone records) that could support a drowsy driving claim. An attorney can move quickly to request and secure this information before it can be altered, lost, or destroyed.

A truck accident lawyer can also help if you are contacted by the trucking company or their insurer and offered a fast and easy settlement. A first offer rarely compensates accident victims adequately for the extent of their losses, especially if it comes before doctors can make a reasonable prognosis about whether a full recovery is possible. The only reason for a quick settlement offer is to get you to agree for as little money as possible. Don’t agree to anything until you have spoken with an experienced truck accident lawyer.

How Can Brooks Law Group Help Me?

If you’ve been involved in a truck crash in Florida and suspect the truck driver was fatigued, Brooks Law Group can help you hold the driver and trucking company accountable for their negligence by: